If you’re over a certain age – and most of us here are –you’ve likely caught more than a few withering OK Boomers from millennials over the past few years. 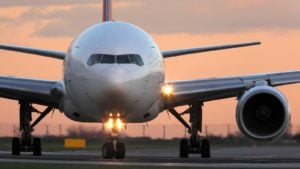 If you’re not familiar with “OK Boomer,” that’s the two-word dismissal of the whole debate between generations. It suggests that the conversation around the anxieties and concerns of younger generations has become so exhausting and unproductive that millennials and Gen Z’ers are collectively over it.

I’m the father of two millennial kids – and they send a couple my way almost every week.

I deserve it… sometimes.

Besides provoking a backlash from baby boomers, those wisecracks demonstrate our tendency to split the world into two: boomers and millennials… liberals and conservatives… winners and losers.

The world, of course, is much more finely grained than that.

To a twentysomething, everyone over the age of, say, 50 looks “old”… like a “boomer.” But not all older people are baby boomers.

A few million members of the Greatest Generation are still kicking around. That’s one variety of “boomer.”

Then there’s the Silent Generation, the 20 million or so Americans born between, roughly, 1928 and 1945. They’re another type of “boomer.”

The “Silents” are having the time of their lives. They just helped put one of their own, Joe Biden (born in 1942, so not a boomer), in the White House, and many, if not most, of them are now fully vaccinated against Covid-19.

They’re not listening to Dr. Anthony Fauci and hunkering down for a few more months. They’re headed to Cabo! (Or, more likely, to visit the grandkids.) Just look at this Bank of America Global Research chart I spotted:

That’s an illustration of the start of a post-vaccine travel boom. Spending on air travel among the oldest Americans (the researchers lump the Silent and Greatest generations together under the term “traditionalists”) is absolutely soaring as their world opens once they’re vaxxed.

As far as the actual boomers go, we are now lined up right behind the Silents for our vaccines. And there are nearly 70 million of us – with, according to Lexington Law, $2.6 trillion of buying power. So, this chart is going to look even more exciting in just a few weeks.

That’s when we’ll no longer be at the start of a travel boom, but in the middle of one.

By then, it might be too late to get in on one of 2021’s biggest megatrends…

Headed to Our “Happy Place”

After 12 months of social distancing, masking, and shutting things down, there is a lot of pent-up enthusiasm out there.

We want to get out and live our lives… to travel. With vaccinations on the horizon for just about everyone, that’s going to happen, and soon.

A lot of us are going to jump on a plane as soon as we can.

We’ve had enough. All signs point to “social proximity.”

Moreover, if you layer in pent-up demand – which I think is considerable – that means we’re not going to do just the vacation we deferred. We’re going to do that vacation and another, if we have the means.

We’ve been cooped up forever – at least it seems like forever.

That’s bullish for airlines, for oil consumption, for hotels and resorts.

You can call it the “back to normal megatrend” or the “social proximity trade.”

Whatever you call it, this phenomenon is real and it’s going to affect the markets all year long.

I expect airline travel to build on its recent recovery and move into “boom” status as wayfaring Silents, boomers, and eventually younger people embark on the journeys they have been deferring for nearly a year.

You see, airline travel is not simply about going from Point A to Point B to attend a business meeting or fulfill some other sort of obligation. It is about bucket lists, adventures, romances, enlightenment, cultural curiosity, and retirement dreams.

Many folks around the world place a premium on these sorts of life-enriching experiences.

To underscore that point, let’s take a somewhat whimsical look at the world around us, viewed through the lens of the 2019 World Happiness Report, produced in partnership with the Gallup World Poll.

According to the World Happiness Report, which relies partly on Gallup’s “well-being” poll of 156 countries, the Finland is “The Happiest Place on Earth.”

The results of this quirky poll do not mean that we should all pack up our possessions and move to Helsinki. But these results do provide a fascinating glimpse into foreign locales.

Here in the States, we’re used to being “Número Uno” in almost every facet of human existence. We’re the richest and most powerful country on the planet.

But according to Gallup’s survey, wealth and power do not necessarily produce happiness… at least not reliably. And neither does a nation’s relative lack of wealth and power automatically produce a disgruntled or unhappy populace.

To be sure, it’s more agreeable to have some cash in your pockets than to have none. That said, aggregate national wealth is no guarantor of national contentment. The United States ranks only 19th on Gallup’s ranking from the Positive Experience Index.

Knowing this, wayfaring Americans with a taste for something a little different may want to take a closer look at some of the “Happiest Places on Earth”… either as a post-COVID travel destination or a part-time residence.

For most of us, a mere taste of foreign culture and experiences is enough to satisfy our wanderlust. But every kind of would-be traveler has been deferring their travel plans for nearly a year… from honeymooners headed to Paris to families who spend a week at the lake every year.

We’re Flying Again… but Not All of Us

The travel industry thrives when folks are traveling. But not so much when folks are not traveling… like when they’re locked down in their living rooms flipping through travel magazines.

Because of the Covid-19 pandemic, the daily tally of passengers flying on domestic and international scheduled U.S. airline flights plummeted from 2.6 million at the start of 2020 to just 100,000 in April.

From an investment standpoint, those numbers show why the airline sector has been one to avoid, and why it may now be one to embrace. At least, that’s my call.

Not surprisingly, airline stocks plummeted as well. But a recovery is underway, and I expect them to gain altitude in 2021 and transport investors to market-beating gins.

Now that Pfizer (NYSE:PFE), Moderna (NASDAQ:MRNA), AstraZeneca (NASDAQ:AZN), and other pharmaceutical companies are rolling out vaccines, we can begin to imagine an end to the pandemic… and to imagine that wayfaring folks will embark on the journeys they have been deferring for nearly a year.

That’s why, in a recent issue of Fry’s Investment Report, I recommended a purchase of a specific travel sector trade.

Once travel activity recovers to pre-COVID levels, I expect this play to recover its pre-COVID share-price level – that would be a 35% gain from today’s price – and then continue trending higher as pent-up demand for travel translates into robust airline traffic.

In order to get that recommendation, learn how to join the Investment Report here.

P.S. Hundreds of thousands of folks saw my “Technochasm” viral video from earlier this year.

Well the whole world has changed since then… and I’m back to talk about the Technochasm, the biggest megatrend in investing, in ways I couldn’t before… and discuss opportunities for even bigger market gains… the kind to keep you from falling behind. And I’m bringing along investing legend Louis Navellier to join me on camera for the first time ever.

Click here to check out our conversation – and to get our No. 1 stock pick right now.

NOTE: On the date of publication, Eric Fry did not own either directly or indirectly any positions in the securities mentioned in this article.

Eric Fry is an award-winning stock picker with numerous “10-bagger” calls —in good markets AND bad. How? By finding potent global megatrends… before they take off. In fact, Eric has recommended 41 different 1,000%+ stock market winners in his career. Plus, he beat 650 of the world’s most famous investors (including Bill Ackman and David Einhorn) in a contest. And today he’s revealing his next potential 1,000% winner for free, right here.

The post The Great Air Travel Boom of 2021 Is Only One ‘Generation’ Away appeared first on InvestorPlace.