Beware the Ides of March. No kidding Brutus. Spring in Minnesota is always two steps forward – one step back. If anyone asks (doubtful) an average of 10″ of snow falls on the Twin Cities during March, making it one of the snowiest months of the year. We’ll take a brief step backwards today and tonight as a significant March snowstorm brushes the Twin Cities with heavy wet snow and gusty winds.

* Heaviest snowfall amounts are likely over the southern and western suburbs, where upwards of 6″ or more of snow may fall by tonight. Residents of Scott and Carver county may pick up the most snow (plowable) with closer to 2-3″ for many northern and eastern suburbs.

* Winter Storm Warnings have been issued by the local Twin Cities National Weather Service for Carver and Scott counties, on south to Faribault and Mankato. The farther south and west you travel away from MSP the heavier the snow will be today. Advisories are in effect for the immediate Twin Cities for a few inches of slush – I expect a sharp northeast-southwest snowfall gradient across the immediate metro, but plowable amounts can’t be ruled out for Minneapolis and St. Paul (at least 3 or 4″) with lesser amounts as you head toward Stillwater and Mahtomedi.

* A band of heavy snow will push into the metro later this morning and continue into the afternoon hours. Travel conditions will get worse as the day goes on. 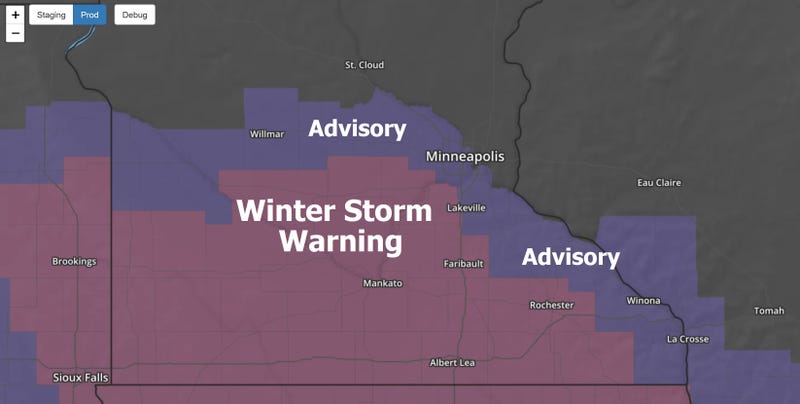 Winter Storm Warnings are in effect for the southern and western suburbs, with Winter Weather Advisories for the rest of the metro area. Dry air will reduce final snowfall totals north and east of Minneapolis and St. Paul, but I suspect that travel will not be much fun for the entire metro by midday and afternoon with temperatures hovering near 32F. 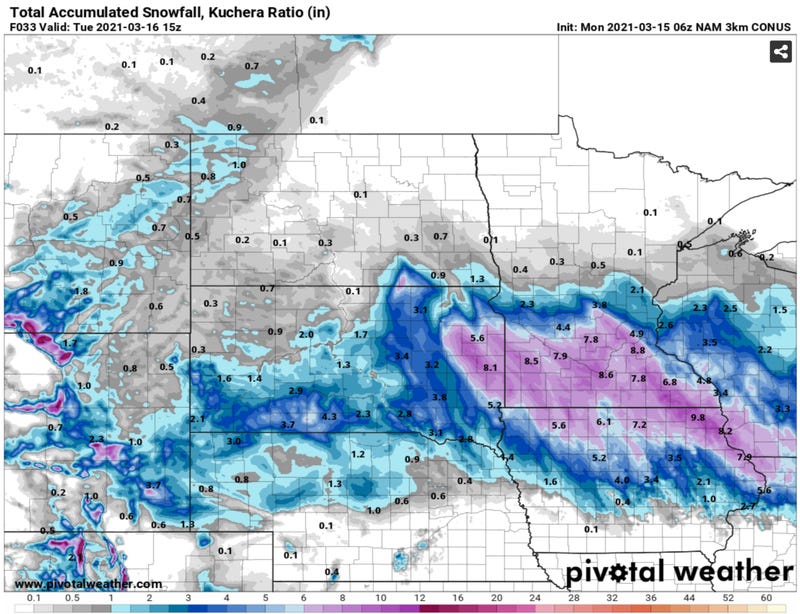 The 06z run of the high-resolution NAM model from NOAA prints out 3-8″ of snow for the metro, with heaviest amounts expected south and west of MSP by tonight. I believe this model is on the right track (it has shown similar amounts for the past few runs so confidence levels of a plowable snowfall are increasing, especially southern and southwestern suburbs of the Twin Cities. 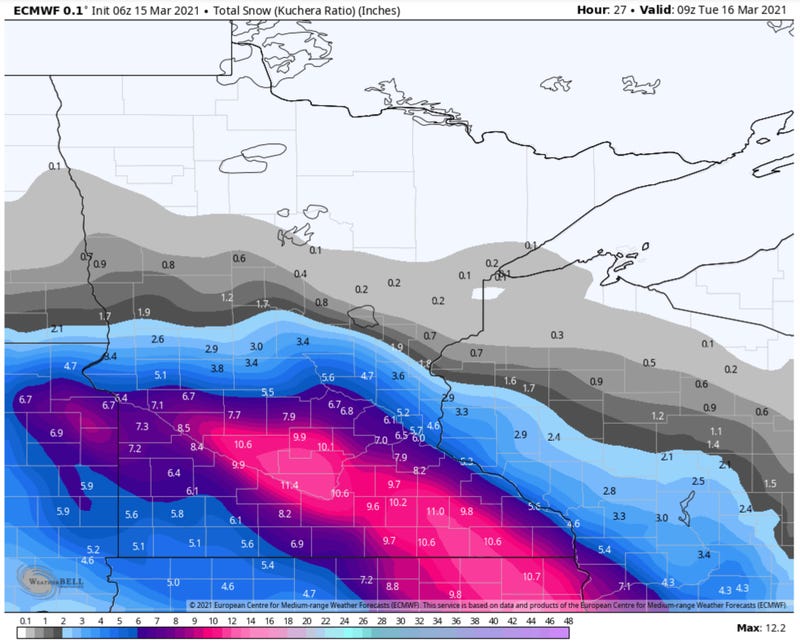 The European model (which was the first weather model to push the band of heavy snow closer to the immediate metro yesterday) prints out 3-7″ amounts for much of the Twin Cities metro, with a band of 10″ possible from Willmar to Mankato and Rochester.

Bottom line: I expect 3-7″ of snow to fall by tonight, with the best chance of 6 or 7″ near Waconia, Shakopee and Lakeville. Conditions on the highways will deteriorate as the day goes on; the drive home later today may be very slow and slushy. 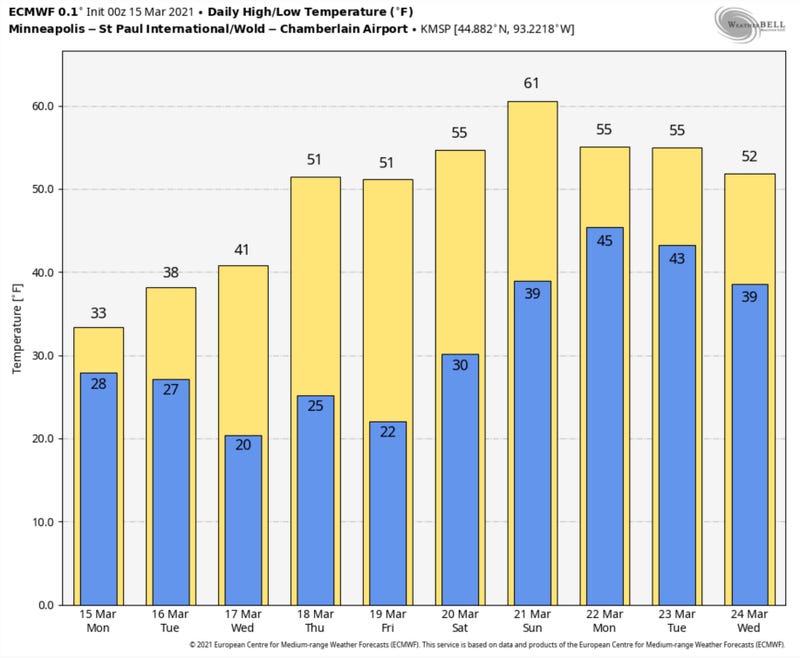 Oh, I remember now, a higher sun angle in mid-March means whatever snow falls will be mostly-gone by Wednesday or Thursday. We need the moisture too, since most of Minnesota is too dry at the moment. This is good news for lawns and fields. Temperatures will mellow by the weekend. Weather models are showing 50F for metro highs by late week with an outside shot at 60F by Sunday.

March weather in Minnesota is a sordid, frustrating affair, as anyone who’s lived here more than 10 minutes will point out. Exhibit A: today and tonight.

Be careful out there later today – continuous updates on NewsTalk 830 WCCO.